The three principles that define a good life will protect me from despair, says Guardian columnist George Monbiot 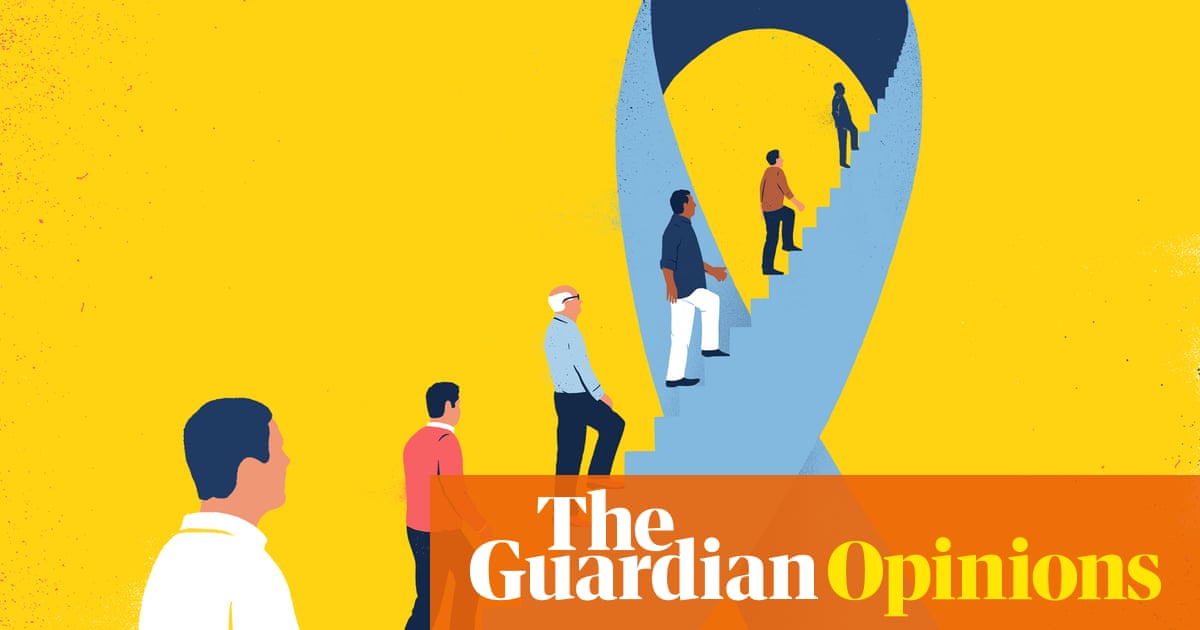 It came, as these things often do, like a gunshot on a quiet street: shocking and disorienting. In early December, my urine turned brown. The following day I felt feverish and found it hard to pee. I soon realised I had a urinary tract infection. It was unpleasant, but seemed to be no big deal. Now I know that it might havesavedmy life.

The doctor told me this infection was unusual in a man of my age, and hinted at an underlying condition. So I had a blood test, which revealed that my prostate-specific antigen (PSA) levels were off the scale. An MRI scan and a mortifying biopsy confirmed my suspicions. Prostate cancer: all the smart young men have itthisseason.

On Monday, I go into surgery. The prostate gland is buried deep in the body, so removing it is a major operation: there are six entry points and it takes four hours. The procedure will hack at the roots of my manhood. Because of the damage that will be caused to the surrounding nerves, theres a high risk of permanent erectile dysfunction. Because the urethra needs to be cut and reattached to the bladder, I will almost certainly suffer urinary incontinence for a few months, and possibly permanently. Because the removal of part of the urethra retracts the penis, it appears to shrink, at least until it can be stretched back into shape.

I was offered a choice: radical surgery or brachytherapy. This means implanting radioactive seeds in the parts of the prostate affected by cancer. Brachytherapy has fewer side effects, and recovery is much faster. But theres a catch. If it fails to eliminate the cancer, theres nothing more that can be done. This treatment sticks the prostate gland to the bowel and bladder, making surgery extremely difficult. Once youve had one dose of radiation, they wont give you another. I was told that the chances of brachytherapy working in my case were between 70 and 80%. The odds were worse, in other words, than playing Russian roulette (which, with one bullet in a six-chambered revolver, gives you 83%). Though I have a tendency to embrace risk, this was not an attractive option.

It would be easy to curse my luck and start to ask, Why me? I have never smoked and hardly drink; I have a ridiculously healthy diet and follow a severe fitness regime. Im 20 or 30 years younger than most of the men I see in the waiting rooms. In other words, I would have had a lower risk of prostate cancer only if I had been female. And yet I am happy. In fact, Im happier than I was before my diagnosis. How can this be?

The reason is that Ive sought to apply the three principles which, I believe, sit at the heart of a good life. The first is the most important: imagine how much worse it could be, rather than how much better.

When you are diagnosed with prostate cancer, your condition is ranked on the Gleason Score, which measures its level of aggression. Mine is graded at seven out of 10. But this doesnt tell me where I stand in general. I needed another index to assess the severity of my condition, so I invented one: the Shitstorm Scale. How does my situation compare to those of people I know, who contend with other medical problems or family tragedies? How does it compare to what might have been, had the cancer not been caught while it was still apparently confined to the prostate gland? How does it compare to innumerable other disasters that could have befallen me?

When I completed the exercise, I realised that this bad luck, far from being a cause of woe, is a reminder of how lucky I am. I have the love of my family and friends. I have the support of those with whom I work. I have the NHS. My Shitstorm Score is a mere two out of 10.

The tragedy of our times is that, rather than apply the most useful of English proverbs cheer up, it could be worse we are constantly induced to imagine how much better things could be. The rich lists and power lists with which the newspapers are filled, our wall-to-wall celebrity culture, the invidious billions spent on marketing and advertising, create an infrastructure of comparison that ensures we see ourselves as deprived of what others possess. It is a formula for misery.

The second principle is this: change what you can change, accept what you cant. This is not a formula for passivity Ive spent my working life trying to alter outcomes that might have seemed immovable to other people. The theme of my latest book is that political failure is, at heart, a failure of imagination. But sometimes we simply have to accept an obstacle as insuperable. Fatalism in these circumstances is protective. I accept that my lap is in the lap of the gods.

So I will not rage against the morbidity this surgery might cause. I wont find myself following Groucho Marx who, at the age of 81, magnificently lamented: Im going to Iowa to collect an award. Then Im appearing at Carnegie Hall, its sold out. Then Im sailing to France to pick up an honour from the French government. Id give it all up for one erection. And today theres Viagra.

The third principle is this: do not let fear rule your life. Fear hems us in, stops us from thinking clearly, and prevents us from either challenging oppression or engaging calmly with the impersonal fates. When I was told that this operation had an 80% chance of success, my first thought was thats roughly the same as one of my kayaking trips. And about twice as good as the chance of emerging from those investigations in West Papua and the Amazon.

There are, I believe, three steps to overcoming fear: name it, normalise it, socialise it. For too long, cancer has been locked in the drawer labelled Things We Dont Talk About. When we call it the Big C, it becomes, as the term suggests, not smaller, but larger in our minds. He Who Must Not Be Named is diminished by being identified, and diminished further when he becomes a topic of daily conversation.

The super-volunteer Jeanne Chattoe, whom I interviewed recently for another column, reminded me that, just 25 years ago, breast cancer was a taboo subject. Thanks to the amazing advocacy of its victims, this is almost impossible to imagine today. Now we need to do the same for other cancers. Let there be no moreterriblesecrets.

So I have sought to discuss my prostate cancer as I would discuss any other issue. I make no apologies for subjecting you to the grisly details: the more familiar they become, the less horrifying. In doing so, I socialise my condition. Last month, I discussed the remarkable evidence suggesting that a caring community enhances recovery and reduces mortality. In talking about my cancer with family and friends, I feel the love that I know will get me through this. The old strategy of suffering in silence could not have been more misguided.

I had intended to use this column to urge men to get themselves tested. But since my diagnosis, weve discovered two things. The first is that prostate cancer has overtaken breast cancer to become the third biggest cancer killer in the UK. The second is that the standard assessment (the PSA blood test) is of limited use. As prostate cancer in its early stages is likely to produce no symptoms, its hard to see what men can do to protect themselves. That urinary tract infection was a remarkably lucky break.

Instead, I urge you to support the efforts led by Prostate Cancer UK to develop a better test. Breast cancer has attracted twice as much money and research as prostate cancer, not because (as the Daily Mail suggests) men are the victims of injustice, but because womens advocacy has been so effective. Campaigns such as Men United and the Movember Foundation have sought to bridge this gap, but theres a long way to go. Prostate cancer is discriminatory: for reasons unknown, black men are twice as likely to suffer it as white men. Finding better tests and treatments is a matter of both urgencyand equity.

I will ride this out. I will own this disease, but I wont be defined by it: I will not be prostrated by my prostate. I will be gone for a few weeks but when I return, I do solemnly swear I will still be the argumentative old git with whom you are familiar.

George Monbiot is a Guardian columnist