Vil Mirzayanov, who worked with the chemical novichok under Soviets for 30 years, says even he would not know how to weaponize it 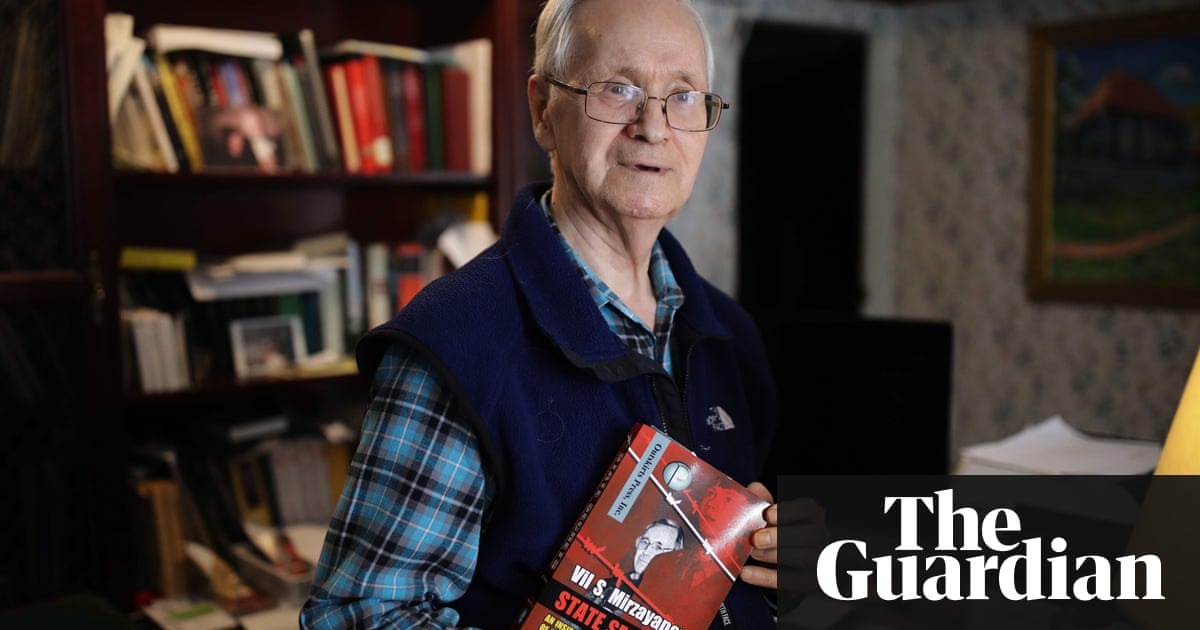 The Russian chemist who revealed the existence of the novichok family of chemical agents to the world has dismissed the notion that a non-state actor could be behind the poisoning of former spy Sergei Skripal and his daughter in Salisbury, England, earlier this month.

Vil Mirzayanov, 83, said the chemical was too dangerous for anyone but a high-level senior scientist to handle and that even he who worked for 30 years inside the secret military installation where novichok was developed and gained extensive personal experience in handling the agent would not know how to weaponize it.

He said he did not see how a criminal organization or other non-state group could pull off such an attack.

Its very, very tough stuff, Mirzayanov told the Guardian at his home in New Jersey, where he has lived in exile since 1996. I dont believe it.

You need a very high-qualified professional scientist, he continued. Because it is dangerous stuff. Extremely dangerous. You can kill yourself. First of all you have to have a very good shield, a very particular container. And after that to weaponize it weaponize it is impossible without high technical equipment. Its impossible to imagine.

The British government has announced sanctions against Moscow over the poisoning of Skripal, and the foreign secretary, Boris Johnson, said on Friday it was overwhelmingly likely that the Russian president, Vladimir Putin, personally took the decision to use the nerve agent against the ex-spy.

But the Labour leader, Jeremy Corbyn, said on Wednesday that the chemical agent identified in the Salisbury attack could have been used by someone else other than the Russian state, and a Corbyn spokesperson suggested a mafia-like group or oligarchic interests in London might have been responsible.

Mirzayanov said those theories did not make sense owing to the facilities and multiple layers of expertise that would be required to prepare such an attack.

We had no idea how to weaponize it, he said. We dont know because its not our business.

Weaponization would also need to take place at a different facility from the one where the agent was made, he said.

Mirzayanov said the perpetrator of the attack must have been the Russian state.

No one country has these capabilities like Russia, because Russia invented, tested and weaponized novichok, he said.

The theory that the agent was stolen for use in a crime was weak for similar reasons, Mirzayanov said.

Mirzayanov further said that there was probably no current stockpile of novichok to steal, because it has a limited shelf life and the preferred form would be a binary version in which two relatively benign, non-banned substances were mixed to produce novichok.

Mirzayanov worked inside the secret military installation where novichok was developed; his job was testing the surrounding air and soil for traces of novichok.

When he realized that Moscows military was lying about the possible applications of novichok and that the program risked undermining global chemical weapons bans, he said, he decided to expose it, publishing his first account in the Russian press in 1991.

He was arrested in 1994 and charged with divulging state secrets. Intervention by the US government, the Soros foundation and activists including his wife Gale, an American, secured his asylum in the United States.

Mirzayanov thinks the Salisbury attack was performed with a binary version of the agent brought through customs and automatically mixed at the time of the attack.

I believe they brought binary version, Mirzayanov said. Its two ampules, small containers, like a big bullet, put them together in a spray or something, and after that, some mechanism which is mixing them, a couple seconds and after that youre shooting.

Mirzayanov said the danger for people in the area of the attack before or afterward would depend on the dosage used. Its extremely poisonous, about 10 times more potent than VX gas, he said. It could touch any skin and in a couple minutes would take effect.

The first sign of exposure is a shrinkage of pupils and darkening of vision, he said. After that vomiting, [difficulty] breathing and convulsions.

An antidote can delay or partially reverse the effects of the poison but would not necessarily save the life of the victim, he said.

Mirzayanov said he did not feel fear for himself or his family in speaking about novichok and Russia.

It may be a little bit crazy, but when I decide something, Im going exactly to do it, without any distraction, to some goal, he said. Im a very determined person. Because of that, if Ive decided, all of it is gone, any fear I dont feel any fear.